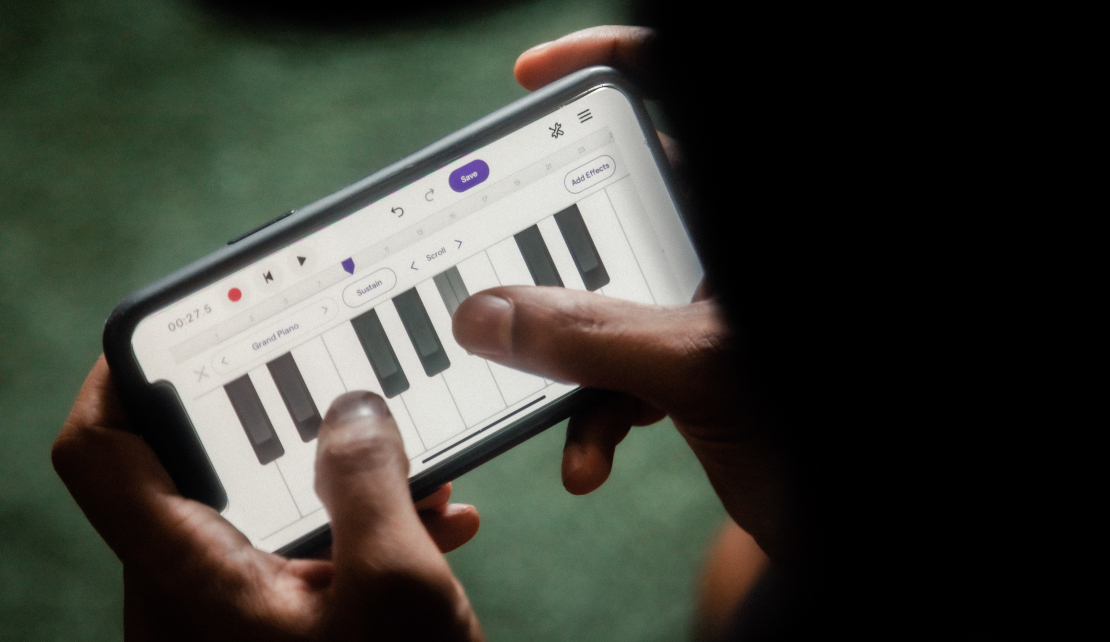 Learning Creates spoke with Jamie (not his real name) to find out how he describes his own learning experiences - at school in the city, on-country in the NT and when creating music. During the conversation it became clear that Jamie feels he has been recognised by the education system for being able to do some things – but not others.  The things he values the most are not really recognised in a formal sense even though they are connected to his future career interests. While the evidence is there to illustrate he has potential as a songwriter, story-teller and performer, these skills have not been part of any formal recognition milestones during his journey through secondary school.

Jamie started travelling between Melbourne and Darwin when he was 13. Over a five year period he flew back and forth at least seven times, teaching himself to talk to complete strangers to ease the loneliness of long flights.

Now 18, Jamie is quick to describe what it is he knows and can do. But he also acknowledges what he has lost and needs more access to. ‘I’m observant and self-taught. Ever since I was young I was into music. I listen to all the genres, from gospel to rock. I like the meaning behind the songs and stories – the beats, the lyrics. I write and release my own songs, sometimes with my brother.’

Jamie can navigate a PC but he feels behind in computer literacy – skills he is well aware will enable him to mix and record his music to the next level. ‘I never got to learn what I really needed in Darwin because it’s the worst IT there. Darwin school was alright but definitely not the best’.

Talking through his learning journey, in and around school, it’s clear that Jamie has valued learning from a range of settings, places and experiences. Many of these experiences have not been formally recognised but Jamie knows they are the most important parts of his success. He puts a lot of his skills down to his curious nature, but also acknowledges the role of teachers and mentors who invited Jamie to have more one-on-one time – after class. ‘I was really behind in reading and a teacher helped me a lot. I stayed back and had one-on-one time and started learning a lot. I could find my own pace, and didn’t have to focus on what others were doing.’

When schooling in Melbourne and far away from family and his community, Jamie says he felt isolated and disconnected. ‘My mind wasn’t in the right space to get work done.’ But the flip side has been that Jamie had access to some completely different experiences – like the surf life-saving club.

Jamie describes his fascination with the Iron Man Competition and his excitement when his Nanna in Melbourne offered to introduce him to the club. He practically threw himself at the surfboard and was so confident that he almost forgot he didn’t know how to swim. ‘I like experiencing things physically, and if I learn something through a physical action, I remember more. I can write about it more and remember it better if it’s something I’ve actually done.’

While cricket wasn’t really the kind of physical activity Jamie loved, learning On Country with his community was deeply rewarding. ‘I went to a school out in the bush community – I got to learn about my culture and language. I learnt how to make spears and live off the bush.’

He continues: ‘It taught me peace and quiet – not to be too caught up in time pressures. Living life – life is short. But I only know a certain bit of my culture. It’s sad. My Nanna’s were part of stolen generation so they lost a lot of knowledge.’

Back in Melbourne these experiences interest others, but Jamie says it’s hard to translate those experiences adequately when talking to people living in the city, even though he would like others to recognise and ‘see my personal and people skills more …how I can adapt with each person individually.’

If Jamie’s learning journey were to be recognised with more depth and effort, it would include a sense of a young man who is:

Curious and capable: ‘Every toy I got I would break into it and see how it works. I was curious and try and fix it back again.’

Open minded: ‘My door is open for new things, it’s good to learn about everything and have your own opinion.’

Interested in business: ‘I could be a businessman and sell property as I have never seen a black man do that.’

Driven and motivated: ‘I won a national radio competition for one of my songs and was meant to get a mentor to help me with the computer stuff but I’m still waiting for that to happen because of COVID-19. I don’t want to be left behind.’

Confident: ‘You can think by yourself. You don’t need to follow someone to be cool. They want to follow the pack. You can do stuff yourself.’

Savvy: ‘Life is like a sandwich. Whatever way you take it, the bread comes first.’