The View from Here: First Nations’ perspectives of ‘identity’ 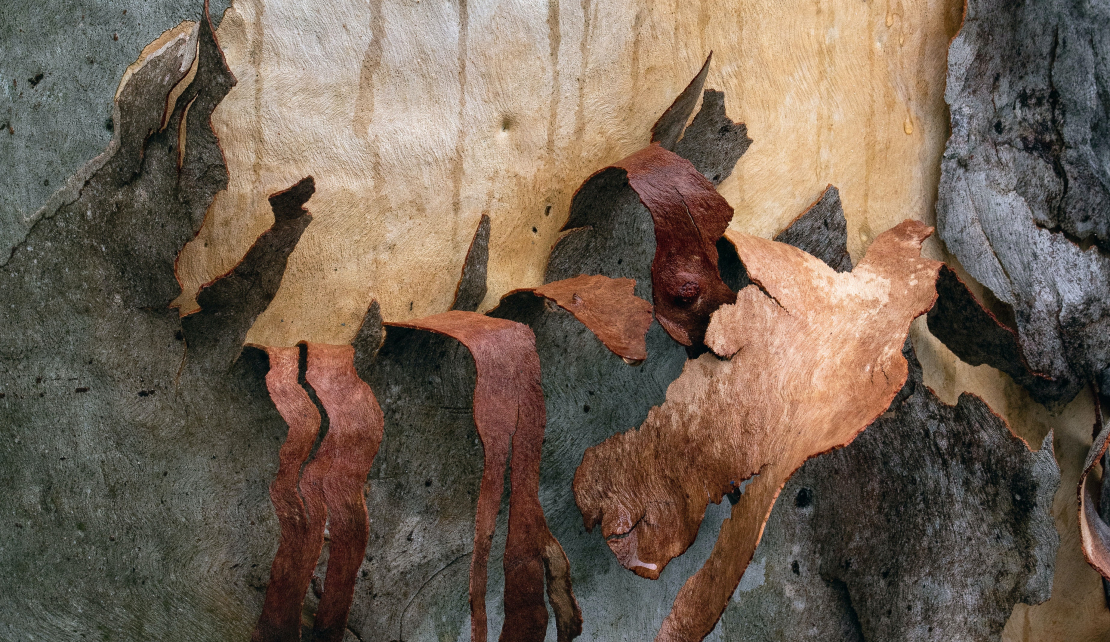 As a child, I grew up in the northern part of Darumbal Country in a small town called Ogmore surrounded by my father’s family, including his parents, my grandparents.

My identity as a child was always connected to that part of Darumbal Country. That area is where we are from. I wasn’t ‘Aboriginal’, I wasn’t even Darumbal. I was literally, spiritually, mentally, emotionally the personification of that particular space. My grandfather’s grandmother was the first generation in our family to be born into colonised country. This meant that I could reach through my grandfather to stories about when the White people first came to Darumbal Country.

My grandfather has been passed for many years now, but the way in which he saw and knew the world has been passed on through my father and his siblings, me and mine and many of my cousins. It continues to shape our children’s views of the world in powerful ways. One way this is demonstrated is how we position ourselves as learners and teachers and the recognition given to non-human agents as transmitters of knowledge (lands, animals, spiritual beings, stars and space). This is a shared experience with hundreds of thousands of First Nations people across the continent and with millions of Indigenous and Native peoples across the world (Chilisa, 2012; Martin, 2003). This blog aims to create awareness of who First Nations’ people are so that we might imagine new ways of recognising learning for First Nations’ young people.

The limitations of ‘identity’ data

Do you identify as Aboriginal and/or Torres Strait Islander? I’m sure many of you have read similarly worded questions on all kinds of personal information collection forms over the years. For the most part, when this type of data is collected it is used to determine the level of access to services by First Nations’ people. I say ‘for the most part’ because sometimes the data is used to monitor our compliance. The over-research of First Nations’ people has led to the development of Indigenous data sovereignty to attempt to apply the principles of self-determination to data collected from and about us (see an example of data sovereignty principles at Mayi Kuwayu National Study of Aboriginal and Torres Strait Islander Wellbeing).

When it comes to ‘identifying’ as a First Nations’ person in Australia, one can choose to self-identify. There’s usually no requirement to prove ancestry and no verification process. Self-identification relies purely on an individual’s preference to define their identity. Alternatively, there is an identity verification process which requires not only for an individual to identify as a First Nations’ person but also to prove their First Nations’ ancestry and their acceptance by a First Nations’ community as an Aboriginal and/or Torres Strait Islander. An individual submits documentation to an incorporated Indigenous organisation whose Board approves (or rejects) the application and provides a Confirmation of Identity (CoI) document for the individual. A CoI is most commonly used when accessing financial or incentivised opportunities that are specifically for the advancement of First Nations’ people. But what does identity actually mean for First Nations’ people beyond that tick box and CoI documents?

What identity really is for First Nations’ people

First Nations’ worldviews of how we identify as an Aboriginal and/or Torres Strait Islander person extends to much deeper and complex factors then self-identification or third-party confirmation. Indigenous scholars from the 1990s onwards have beautifully articulated what we have known and practiced for tens of thousands of years. One such scholar is Distinguished Professor Aileen Moreton-Robinson, a Quandamooka woman from Stradbroke Island in Queensland. In her paper ‘Towards an Australian Indigenous Women’s Standpoint Theory’ (2013) Professor Moreton-Robinson explains how Aboriginal ‘identity’ expresses ontology and situatedness (environmental, social, cultural inter-connection) linked to specific areas of lands, waters, shared histories and bloodlines. More complete definitions of Aboriginal identity are captured in what is known as ‘relationality’ or ‘relatedness’. I’ll opt to use the latter term. Thus, the concept of Aboriginal relatedness is a far more comprehensive descriptor of who a First Nations’ person is than the term ‘identity’. Professor Kim TallBear recently tweeted about the limitations of ‘identity’ in comparison to ‘relatedness’ in the context of Native Americans but it certainly holds true for Indigenous peoples on this continent.

Besides describing relationships to people and places, relatedness also requires one to be constantly accountable to Ancestors, Descendants, Elders, peers, and unseen spiritual and environmental beings. It is our innate view that we exist at all times in constant inter-connected relationship with all of the elements of Country - knowledge systems, laws, waters, skies, people, animals, ancestral beings and irrespective of the direction of time (past, present, future).

Colonisation has had all sorts of impacts on how we as First Nations’ people learn how to demonstrate our ‘being’ in the world and the freedom with which this was done prior to the arrival of Europeans in 1788. Colonisation continues to have catastrophic impacts on every aspect of our lives. But what has been difficult for colonisation to impact is our relatedness because of how deeply our connection to Country manifests even in contemporary societies. This is why I, and many other First Nations’ people, reject that blood quantum and urbanisation diminishes Indigeneity. The ongoing practice of relatedness as identity is a powerful act of resistance against the colonising process.

So, what does that all have to do with learners as First Nations’ people? Relatedness requires us to actively participate in teaching, learning and accountability for all of the elements of Country to our communities and Nation groups. A form of citizenry, if you will, that is in operation in concurrence with our engagement with the non-Indigenous world. For example, young people in classrooms, toddlers in daycare centres, Elders in nursing homes, academics in universities, labourers on a roadside work site are nearly always operating in their Aboriginal relatedness. Professor Moreton-Robinson stated that “While this ontology is omnipresent, it is rarely visible, often elusive, and most often unrecognizable for many non-Indigenous people in their intersubjective relations with Indigenous people.” (2003 p. 15).

It is from our position of relatedness to all that Country consists of that we see and make sense of the world and organise our understanding of it. This applies to our participation in education systems. We know that the Australian education systems has been harnessed to remove Aboriginal children from their families, break down cultures, erase Aboriginal languages and the list goes on. Yet day after day, year after year, since the first schools were established, the majority of First Nations’ people enrol their children in schools, support their participation and celebrate their achievements and completions. The education system, however, has yet to recognise, validate and celebrate how sophisticated the worldview is of the Indigenous learner (Morrison et. al, 2019).

It is time to re-imagine what a system of recognition could look like. One that might measure the success of First Nations’ students, not for their proximity to or accumulation of non-Indigenous qualities or meeting benchmarks determined by non-Indigenous people. Rather, one that is designed to recognise First Nations’ students’ ability to situate themselves in their Aboriginal relatedness to be learners and the capacity of their school to enable them.

Dr Melinda Mann is a Darumbal and South Sea Islander woman and an adjunct professional fellow at CQUniversity.

Martin, Karen L. & Mirraboopa, Booran (2003) Ways of knowing, being and doing: A theoretical framework and methods for indigenous and indigenist re‐search. Journal of Australian Studies, 27(76), pp. 203-214.

Moreton-Robinson, A. (2015). I Still Call Australia Home: Indigenous Belonging and Place in a Postcolonizing Society. In The White Possessive: Property, Power, and Indigenous Sovereignty. University of Minnesota Press.

Morrison, A., Rigney, L.-I., Hattam, R., Diplock, A., (2019). Toward an Australian culturally responsive pedagogy: A narrative review of the literature. Australia University of South Australia